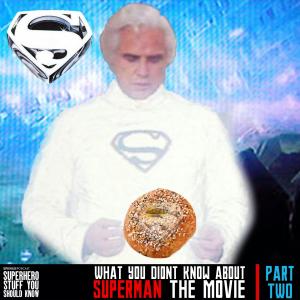 What You Didn't Know About Superman '78 - Part Two

After covering the insane stories of how Superman '78 was made, we dive into the beginning of the film and everything cut from the final version, like other cut characters from the House of El, an eight-year old Clark superspeeding after a police car, and how the Fortress of Solitude was meant to be created through heat vision. From the "S" symbol being a Kryptonian crest to Smallville being set in Kansas, we also cover everything that the movie fundamentally changed about Krypton and Smallville, as well as the potential influence that the George Reeves show had on Jonathan Kent's fate.